You are here: Home / Books / The Queer Culture of DND: They Came to Slay will be out this year

On the back of a successful Kickstarter, 404 Inklings’ “They Came To Slay: The Queer Culture of DnD” will be published later this year.

Written by Thom James Carter, who has written for the New Statesman and Wired but is not affiliated with Wizards of the Coast, the title is part of a collection of eight big ideas in short books.

Others in the series include”Now Go: On Grief and Studio Ghibli” by Karl Smith, “The Loki Variations: The Man, The Myth, The Mischief” by Karl Johnson and “BFFs: The Radical Potential of Female Friendship” by Anahit Behrooz.

The official description of the book reads;

Queer people have always played Dungeons & Dragons, but since the mid-2010s, the queer dice-rolling magic and might-wielding contingent have been taking up more space.

They Came To Slay investigates just how the game became such a powerful mechanic for queer people to examine, explore, and come to terms with who they are, and how they want to lead their lives in real and imagined worlds alike,

Thom confirmed “They Came to Slay” would be out this year in a tweet.

404 Inklings said on Kickstarter, which is where you pre-order the books, said;

Basically, big ideas in compact books – subjects that you might have an inkling about – maybe you’re not really familiar with them, maybe you want to learn more but don’t know where to start. The answer: here. Where our first titles navigated fashion to education, hip hop and far beyond, this year dives into eight further incredible topics from the queer legacy of Dungeons and Dragons to loving male survivors, the radical potential of female friendship, to adult adoptive identities. Each navigates a large topic, guided by the authors’ personal perspective.

The Queer Culture of DND: They Came to Slay will be out this year 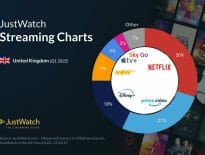 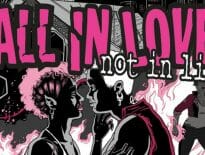