You are here: Home / Geek Stuff / Investors criticise Wizards of the Coast’s new boss for possible criminal connections and Hasbro for WotC decision

This is getting a bit nasty. In February, one of Hasbro’s corporate investors urged that Wizards of the Coast be spun-off but this month Hasbro said no.

Alta Fox, the investor, wanted the move because they thought it would make more money. Reading between the lines, they wanted to prepare for a sale. Hasbro, it seems, wasn’t keen and even rejected Alta Fox’s proposals for new board members.

Now, Alta Fox has hit back and urged Hasbro to do some explaining.

Among the claims is a criticism of Cynthia Williams, the new President of Wizards of the Coast, for joining another company’s board shortly after joining WotC. In particular, Alta Fox links that company, Aterian, to claims it is run by criminals (PDF link).

We are short Aterian Group Holdings, Inc. (“ATER”, “Aterian”, “the Company”), as the Company has ties to convicted criminals and is promoting what we believe is an overhyped “AI” narrative and a string of garbage acquisitions to mask the failure of its already ill-conceived core business.

However, that report is dated 2021 and may not reflect the same company that Cynthia Williams joined.

Either way, Alta Fox still doesn’t like Williams splitting her attention and say;

We find it surprising that Hasbro’s Board allowed Ms. Williams to dilute her attention so early in her tenure at Wizards of the Coast and was comfortable associating Hasbro’s senior leadership with Aterian.

The criticism of Cynthia Williams and her Aterian gig is one of six made. Another, the fifth in the series, says Hasbro rushed their decision not to spin-off Wizards of the Coast.

In light of the Board’s apparent credibility issues, we find it hard to believe the Company comprehensively and objectively evaluated strategic alternatives for the unit. We believe shareholders deserve a detailed explanation of the Board’s purported evaluation, and that the analysis should be re-examined with shareholder-appointed directors focused on creating shareholder value rather than preserving the Hassenfeld family legacy. To date, the Company has provided little evidence of business unit “synergies” that could not be accomplished through a partnership arrangement.

The six concerns are; 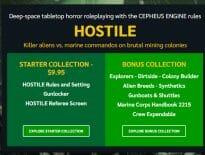 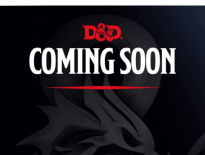