Geektopia Games have released a free version of Fearsome Wilderness: The Roleplaying Game.

The two authors, Matt Cross and Ian Baaske, are calling it a trial version, but it’s actually a preview. It’s not a trial like a computer game and shouldn’t expire after a certain number of days, and it is a sample of a larger game.

The trial version of Fearsome Wilderness is a generous sample, though, and weighs in at 158 pages. That’s more than enough to bring the Zero Year Engine powered RPG to life and give you a good idea of the core rules when they’re ready.

Marooned on an overgrown planet choked with forest and wildlife, you’re forced to hack out your existence by the sharpness of your axe. No people live here, no civilization. Only you, woodland animals, and other things lurking just outside the edges of your perception. Creatures of legend and folklore, their shapes dart between the darkened trees. You can’t help but tremble as their unwholesome howls fill the night.

Fearsome Wilderness does not just include a setting – a wild planet – but a situation – prisoners escaped from a crashed ship – as the default for the game.

While there are monstrous creatures in the wilds surrounding the crash site, there’s another horror the PCs must face. Long-term hibernation can mess with the mind, and it’s this that the characters have been so dramatically pulled.

The game’s cover art certainly seems to suggest its other prisoners and perhaps a warden or two that PCs might well want to worry about!

Included in the preview are;

Take what just happened to you. You were peacefully hibernating in suspended animation, your prison sentence on pause, while civilization figured out what to do with you in its increasingly overpopulated communities.

Your hopes of one day waking up in utopia were dashed as you found yourself groggy and aboard a dingy prison transport ship, handcuffed, bound for a penal colony planet called Xanathia.

The game is inspired by Richard Proenneke, a self-educated naturalist, conservationist, writer and wildlife photographer who built and lived in a log cabin near Twin Lakes. 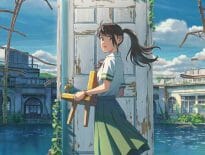 Anime Magic and ruin: A stunning teaser trailer for Suzu… 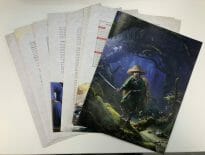