You are here: Home / TV / Anime / Final Attack on Titan trailer with gallery

Whether you’ve stuck with Attack on Titan through the shocking moments, the lulls, deaths, politics, betrayals and all the rest, it’s hard to find a popular anime that’s made so many brave choices.

It’s not been for everyone. In fact, it’s hard to find anyone who has adored every moment but Attack on Titan has impressed me. And now it’s nearly over.

Episode 87 of Attack on Titan Final Season Part 2 will simulcast on Sunday, April 3rd from Japan to Crunchyroll and Funimation. The English dub chases about a month behind.

It’s come to this! The Jaegerists may believe they have taken control Shinganshina in the war for Paradis. Marley responds to the surprise attack from Eren, and Zeke’s true plan has been exposed.

A “good” ending doesn’t even feel possible at this point. Too many heroes have been torn to mouthfuls of meat. Too many friends have betrayed each other.

The final trailer for Attack on Titan looks like a montage of dramatic and deadly postcards. Geek Native has curated just nine for a final gallery.

… and 10 images if you count this poster/key visual for the series. Would anyone fresh from the first few episodes of season 1 even recognise this?

At the time of blogging, nearly 400,000 people had watched the English subtitled Crunchyroll trailer. It’s been out for hours and only that. It’s an indication of just how popular the anime has become. 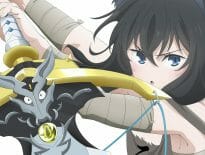 Anime Your backup character was never as strange: Reinca… 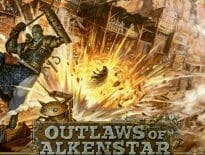