The Critical Role Foundation and Stephen Colbert have teamed up for a charity adventure for Red Nose Day.

The event will happen on Twitch and on April 28th at 7 pm Pacific time. You can donate and help the cause via Tiltify.

Donations during the stream do a thing; they’ll influence polls, and those poll results will choose Stephen’s adventure.

The Critical Role team have curated several options for Stephen’s character, like a Fighting Fantasy book, and the audience making donations pick the option.

There are other ways to help out, though, as Critical Role Foundation merch bought from the team’s US, Canadian, UK or Australian shops also support the charity. As do direct donations.

You can stream your own fundraiser, too, using either Tiltify or Streamlans to gather donations.

The choice of the game doesn’t matter, and Critical Role hasn’t said what game they’ll be playing. It might be D&D; it might not be. The Critical Role cast joining in will be announced later, but Matthew Mercer has been confirmed. 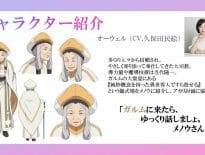 Anime Killing nice people is my duty: The Executioner an… 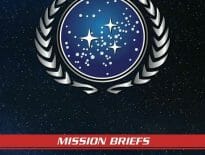