Cyber plus Punk has an interesting physical form factor; eight pamphlets in a boxed edition. The RPG is designed for one-shots and touches on sensitive topics.

CBR+PNK: Augmented is a new project from Mythopoeia, The Wildsea Publisher, asked for $10,000 and is currently pushing through $16,000 with weeks to go. You can join in on Kickstarter.

The current version is out and free to download. At least, it’s free for now. The countdown on the offer on Itch is set to expire a day or so before the Kickstarter does.

CBR+PNK describes its use of Forged in the Dark as minimalist, adding in “glitch” dice for cheap tech or “edge” for good cyberware to dice rolls.

There’s a system for dealing with stress, too, called “Take a Breather”, and while the cyberpunk game is about the one-shots, there is an epilogue system to resolve what happens to characters afterwards.

Why not make the dystopian world brighter and stranger by injecting a little bit of +WEIRD into it? Build scenarios wherein Magic works side by side with Tech. Use Psionics as tool of resistance

A digital copy of CBR+PNK: Augmented is included as a reward for backers who donate $16 to the project. This will include stretch goals.

The physical box set requires a pledge of $30 and this includes the digital offering, with shipping to be added later.

There’s a retailer option at $100, for five copies.

The estimated delivery, for all three of those main tiers, is this July. 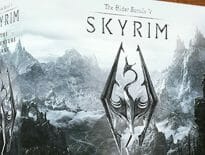 Tabletop & RPGs Modiphius and Asmodee USA partner up on Skyrim and… 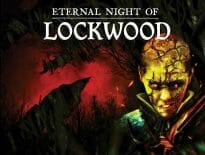