You are here: Home / Music / Game On: New The Guild music video

The Guild’s first music video was a total success. I was one of those geeks who rushed to buy a copy from iTunes and then watched as it rose in the charts and eventually beat all that mainstream pop crap into submission.

I’d say The Guild’s new music video is even further removed from mainstream pop culture – at least American and European pop culture. Instead the Gang has turned to Bollywood for inspiration and we’ve got a mashup of gaming nerd jokes with Bollywood gags!

Yeah. Zaboo (er, I mean, Sandeep Parikh) has the lead for this one!

What did you think? Not what you were expecting. I don’t think it’s as catchy as Date my Avatar but I suspect it’s smarter. It’s the type of song that’ll grow on you. 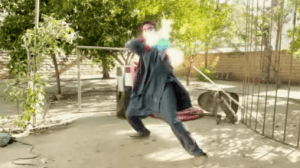 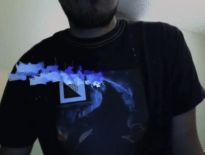