You are here: Home / Games / Tabletop & RPGs / Doctors and Daleks: There’s an official Doctor Who 5e RPG in the works

Cubicle 7 has the official Doctor Who RPG license and has been working on a second edition of the game. That’s due out in March, and pre-orders are open.

On Friday, the publisher confirmed another edition of the game called Doctors and Daleks which will use D&D’s 5e system.

There are no plans to break into homes and ruin anyone’s fantasy RPGs with crayons or force people to play 5e when they wake up in the morning.

However, Cubicle 7 announced that a new line of Doctor Who 5e products is coming and that the Doctors and Daleks Player’s Guide is just the first. It’s expected to launch soon.

The wild adventures of everyone’s favourite Time Lord comes to the world’s most popular roleplaying game in Doctors and Daleks. Take your gaming group into the TARDIS and travel anywhere, anywhen. Want to meet Leornado da Vinci? Or see what life is like in the year 3,000? What about another planet entirely? All of space and time is your Venusian macro-oyster, but keep your wits about you — there’s a lot of danger in the vastness of eternity.

Doctor Who isn’t the only title the experienced publisher is converting to 5e. Their steampunk Victoriana RPG is also coming back, and this time, after many editions, it will also be a 5e game.

Doctors and Daleks: There’s an official Doctor Who 5e RPG in the works 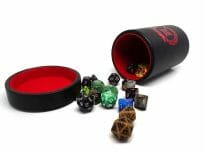 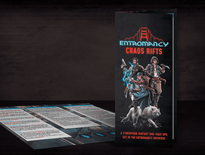