You are here: Home / Books / Comics / Mood and vampires: Bakemonogatari manga commemorates with an anime video

NisiOsisin’s Bakemonogatari is coming to a close, and the manga is entering its final stage.

We have an anime for a manga book, a celebration, not a new show per se. That’s why it’s so wonderfully surreal and moody.

The next and last book (probably; you know how it goes) is the 16, and 15 is available from Amazon. The anime is on disc and Funimation.

While we’re waiting for the book; we do have the cover with Oshino.

The blurb for the Vertical released series in English reads;

One day, high-school student Koyomi Araragi catches a girl named Hitagi Senjougahara when she trips. But—much to his surprise—she doesn’t weigh anything. At all. She says an encounter with a so-called “crab” took away all her weight … Monsters have been here since the beginning. Always. Everywhere.

Mood and vampires: Bakemonogatari manga commemorates with an anime video 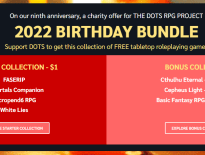 Tabletop & RPGs Two days only: Don’t get for free Bundle of … 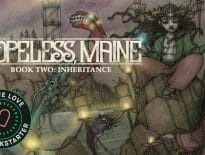