You are here: Home / TV / Anime / The Mork Borg of anime: BASTARD!! does heavy metal and dark fantasy

Netflix will air an anime this year called BASTARD!! –Heavy Metal, Dark Fantasy-. It’ll be split in two over 24 episodes.

Dark fantasy and heavy metal combine in the RPG world with games like Mork Borg and the anime is, in part, inspired by the manga author’s love of D&D. However, there’s no diminishing just how strongly anime Netflix’s English subtitled trailer comes across. There’s slime on boobs, cackling laughter and male-fantasy nakedness.

Kazushi Hagiwara’s Bastard!! has had animes before ad there was a 6-episode mini anime series back in 1992. That’s 30 years ago, goodness.

IMDB describes that previous series as;

It is 500 years in the future. The world has been destroyed by an unspeakable evil, and has grown back in the old feudal form of kingdoms. It is roamed by monsters. The kingdom of Meta Rikana is under attack by the evil wizard Abigail. The mages have put up a seal, but it is only a matter of time until the seal gives. The 15 year old daughter of the greatest priest, Yoko, has been given a spell by her father to summon forth the greatest warrior of their kingdom, from an innocent (her best friend, a 15 year old boy), by a kiss. This warrior is Dark Schneider, a warrior that tried to conquer the world 15 years ago, but was imprisoned inside the body of the boy. Now, he is both the boy and Dark Schneider, and protects Meta Rikana, and his friend/love, Yoko, while exploring his past in encounters with old enemy Ninja Master Gara, and former love, half-elf Arshes Nei.

We’re yet to see whether or not Netflix’s new version sticks closely to that. There’s little more on the official Bastard anime site. The opening theme song by coldrain and ending theme by Tielle! have both been announced.

Amazon still has copies of the English translated graphic novels but they cost more than £50 each. We’re into collector territory here.

The Mork Borg of anime: BASTARD!! does heavy metal and dark fantasy 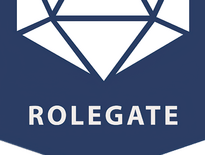 Sites How procedural generation can save a busy DM 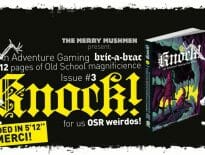