You are here: Home / TV / Anime / The Case Study of Vanitas gets an English subtitled trailer care of Crunchyroll

Part two of The Case Study of Vanitas is in Crunchyroll’s Winter 2022 lineup, which is good news, especially as we now have an English subtitled trailer to shine more light onto the vampire series.

The series comes to most countries outside of Asia and has actor Natsuki Hanae, aka Tanjirou Kamado, in Demon Slayer as Vanitas. It’s an English subtitled video so make sure you have captions selected.

It’s a star line up with Kaito Ishikawa (Tobio Kageyama in Haikyu!!) as Noé Archiviste, Inori Minase (Itsuki Nakano in The Quintessential Quintuplets) as Jeanne, Ai Kayano (Akari Kawamoto in March comes in like a lion) as Dominique de Sade, Akira Ishida (Zeref in Fairy Tail) as Maitre, Kōji Yusa (Gin Ichimaru in Bleach) as Johann, Kaori Nazuka (Kiyoko Shimizu in Haikyu!!) as the spooky Naenia and a half a dozen other significant names attached.

In nineteenth-century France, humans and vampires coexist. The young vampire Noé is traveling to Paris in search of The Book of Vanitas, which is said to be capable of unleashing a curse upon all vampires. On an airship, he finds himself embroiled in a strange incident. It is Vanitas, a human calling himself a vampire expert, who appears before Noé in the ensuing chaos. In Vanitas’s hands is the very book that Noé has been searching for: The Book of Vanitas… Following this encounter, the curtain is set to rise on this tale of vampires, curses, and salvation… 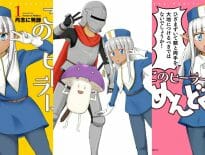 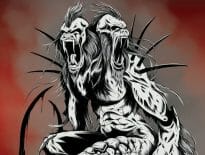