Gay Realms: LGBTQ+ RPG is a new $9.99 offering from Micro RPG. The 138-page download is designed for solo RPG play.

Gay Realms is two things; all about the hack’n’slash crawl and an LGBTQ+ positive. It’s not pinkwashing; the author Noah Patterson is part of the gay community and is exploring their self-expression after escaping an upbringing that did not allow that.

The Gay Realms: Quickstart is free to download 50-page offering to give you a taste of the RPG.

While I don’t think Gay Realms is pinkwashing, it’s not particularly pink about anything. At its core is the solo RPG system where stats are checked against 1d6 and a graph-paper dungeon-as-you-go system.

There are no systems for diplomatic encounters, forging relationships or friendships.

There is a sketch of a campaign setting that Gay Realms occupies, with an evil king who throws out anyone different and a shining beacon of a hopeful city built by those outcasts. The quickstart also shows a cosmology chart with a rainbow planet in the middle, but there’s no apparent need for this setting to exist or a relationship with the dungeon crawling.

As a result, offering the quickstart as a flavour of the game before asking for the $9.99 is a helpful step from Micro RPG. It’s also a sensible one for potential buyers to accept. 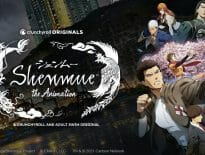 Anime Adult Swim and Crunchyroll to air Shenmue the Anim… 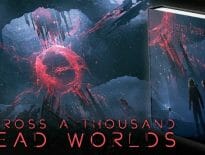