You are here: Home / Games / Tabletop & RPGs / Sci-fi horror RPG: Across a Thousand Dead Worlds finds many fans but only needs one player

Blackoath Entertainment is a small team of tabletop gamers who have launched a Kickstarter project that’s swiftly growing.

Across a Thousand Dead Worlds is a horror sci-fi that can work with up to five players, including only one. Solo RPGs have, as you’ll not be surprised to know, grown during the lockdown.

The Spanish company asked the Kickstarter community to find €20,000 and launched a short campaign. A few days later, that total is nearly €24,000, and there are about two weeks left for the project to run.

In “Across a Thousand Dead Worlds”, characters are Deep Divers, searching for ancient alien technology and using the Karum Station as a home between dangerous missions.

A GM is optional even in group play, and action is resolved with a single d20 roll. Combat is brutal and tactical.

As it’s a solo RPG, Across a Thousand Dead Worlds can also be used as a sci-fi toolbox used to generate planets or alien stations for other RPGs. The hardback will run to over 400-pages, use high-quality paper and be full colour.

Across a Thousand Dead Worlds does a great job scratching that sci-fi exploration itch. Exploring the Sites you create is a lot of fun and gives you that feeling of dread when your crew encounters the next obstacle, whether it be old security measures left by the Àrsaidh or a terrifying creature lurking around the corner.”

There are financial hardship tiers, but a pledge of €15 (about £13) will reward backers with a PDF copy of the RPG and digital stretch goals.

If you can step up to €45 and pay for shipping later, you’ll also get a physical version of the book, which will be a hardcover. Physical stretch goals are also then included.

There’s a higher tier, which is currently more popular, for a deluxe edition, KSA File Folder and physical battle maps.

Fulfilment is expected in October 2022.

Sci-fi horror RPG: Across a Thousand Dead Worlds finds many fans but only needs one player 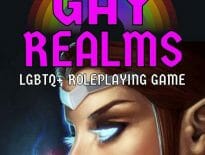 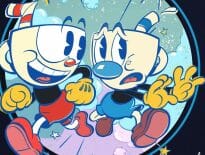