You are here: Home / Geek Stuff / Cool Tech / MAG TWIG: Outdoor survival and dice you can open a beer with

You’ll be forgiving to think you’ve stumbled onto one of those Kickstarters designed to help you enjoy or survive in the wilderness through clever modern tech.

And you have, but the MAG TWIG is also intended for gamers and is actually an incredibly unusual form of dice. Dice you can open a beer with.

Notion Build’s Kickstarter has been funded, but there’s plenty of time to join in.

In essence, Mag Twig is both a multi-tool and spinning wheels for dice. It’s a magnetic build which means you can stick it to fences, collect screws with it and snap it together.

You can also snap in different gaming/dice rings, so you could change to a “Pocket Money” ring (obs not for gambling with friends), a mystery ring, a decision-maker, or use a blank ring and marker pen to write your own options.

The default Mag Twig isn’t even terribly expensive, as we’ll see in a bit, but you add in all those accessories in pledges which soon add up.

There are a few hours left on early birds, so if you’re ready this hot off the press, you’ll be in luck. For everyone else;

A pledge of $69 unlocks the “Tool Pack” tier, which gets a Mag Twig with multi-tool, hex driver and paracord.

Step up to $89 for the first dice, with the bill clip and “game shaft” added for d6 and blank rings.

Impressively, the estimated fulfilment of the project in September and shipping will be added later.

MAG TWIG: Outdoor survival and dice you can open a beer with 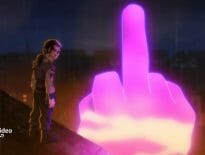 TV Count the F-Bombs: The Legend of Vox Machina trail… 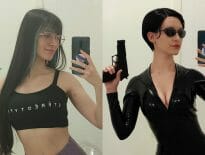 Geek Stuff Cosplayer YuzuPyon has a neat hair hiding trick to…
wpDiscuzComment Author Info
Manage Cookie Consent
This site uses cookies 🍪, and links are ads that may earn bloggers some money 💰, and with this alert, I very much hope that these dark truths 🧌 are acknowledged.
Manage options Manage services Manage vendors Read more about these purposes
Preferences
{title} {title} {title}
Loading Comments...