You are here: Home / Games / Tabletop & RPGs / Chaosium reveals the 40th Anniversary edition of the Call of Cthulhu Starter Set

The current print run of the Call of Cthulhu Starter Set has sold out in America, although there are copies in Chaosium’s dark and strange warehouses elsewhere in the world. A few.

In 2022, there will be another release of the introduction to the iconic game of cosmic horror and investigators dangerously out of their depths. The RPG publisher has revealed the cover and some of the contents of the 40th Anniversary edition of the Call of Cthulhu Starter Set.

The box art is new and by Lin Hsiang.

You can find more of Lin’s work on Art Station, which is a collection of sombre, often dark, general fantasy and atmospheric art.

The interior book cover will have updated designs, and, speaking of which, Chaosium is taking this chance to ensure that all current corrections and errata will be included.

Lastly, although there may be more announcements from the company later, this edition of the Starter Set will include 40th Anniversary Investigator Sheets for players to record their characters on. For however long those characters survive. 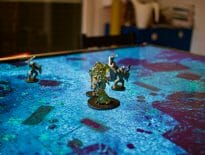 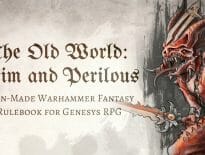