At the start of the year, it’s a DriveThruRPG tradition to offer a good sale, and it’s happening again this year. There’s 50% off a range of titles to persuade you to try a new RPG.

Leading that “there are other games out there” charge is six bundles;

There’s more choice than those six bundles. Right now, there are some 6, 267 downloads in the sale.

Outside the bundles, the biggest cash savings come from The Yellow King from Pelgrane Press, horror spread across time and reality, 2300AD the sci-fi from Mongoose and another horror in the form of Arc Dream’s Delta Green.

Highly rated games, according to DriveThruRPG’s system, include Glitch: A Story of the Not by Jenna Katerin Moran, Old-School Essentials Advanced Fantasy: Genre Rules by Necrotic Gnome and the Unity RPG Core Rulebook by Zensara Studios.

Sister-site, the DMsGuild, is running a similar sale with New Year, New Campaign.

Hefty D&D downloads such as Call from the Deep, Dragon Relics and Journey of the Spiritwalker are among the discounts, along with thousands of others and Fantasy Ground content. 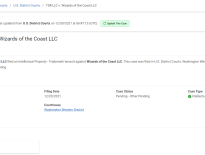 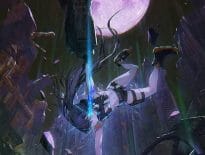