As a reminder that not all new animes are an isekai, Salaryman’s Club is coming to Japan on January 22nd. No news of whether any streaming platforms will pick it up.

In the show, businessmen work hard and then come to the badminton courts to play hard.

Known as Ryman’s Club in Japan, and with rock band Novelbright doing the opening theme, the anime also has a new poster to promote the show.

The shuttlecock action is all about competitive young men getting to know each other and their rivals in sports. 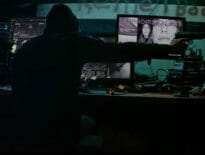 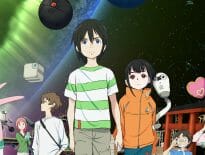 Geek Stuff Will Netflix’s The Orbital Children be out o…
wpDiscuzComment Author Info
Manage Cookie Consent
This site uses cookies 🍪, and links are ads that may earn bloggers some money 💰, and with this alert, I very much hope that these dark truths 🧌 are acknowledged.
Manage options Manage services Manage vendors Read more about these purposes
Preferences
{title} {title} {title}
Loading Comments...