You are here: Home / Geek Stuff / Will Netflix’s The Orbital Children be out of this world?

The Orbital Children could be Netflix’s next huge anime smash. It’s undoubtedly the next project from Mitsuo Iso, an iconic animator who has not directed a full project since Denno Coil in 2007. Neon Genesis Evangelion was 1995.

The subtitled trailer is out, and we’re expecting a six-episode series. When is The Orbital Children due out? January 28th.

In 2045, two children born on the moon and three kids from Earth try to survive after an accident on their space station leaves them stranded.

The show was made by Production +h. It will have voice actors Natsumi Fujiwara as Touya, Abigail Jones in The Great Pretender and Azumi Waki as Kohonha, who was Hinata in Tokyo Revengers. Chinatsu Akasaki, Yumiko Kobayashi and Mariya Ise, with credits in Re:Zero, Soul Eater and Kakegurui are also involved.

Will Netflix’s The Orbital Children be out of this world? 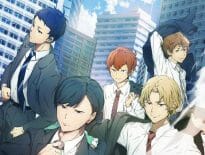 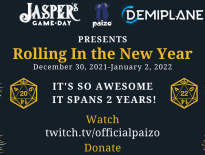