You are here: Home / Games / Tabletop & RPGs / D&D and Darkness: A review of Light of Winter

This is a brief review of Lindsey Bonnette’s Light of Winter. Don’t read it if you might play the supernatural mystery.

Light of Winter is available from Itch.io and the adventure’s store page straight up tells you who is responsible for problems in the castle and so spoilers are unavoidable. I will embrace that.

It’s not immediately obvious, but Light of Winter is a 5e game. It’s not obvious as it’s not sold via the DMsGuild (although you can find some of Lindsey’s games on DTRPG), doesn’t carry the 5e logo as a result (but does include the required OGL) and the first clue as to what the system is hidden in the “More information” area in Itch.

In fact, I bought it expecting Light of Winter to be system agnostic. And it could be, but having D&D 5e stats for the light elemental creatures is a welcome bonus.

The light elementals are pretty nifty too. Here’s a type of creature that your players might not clock to straight away, and that’s also a welcome bonus.

Just as Light of Winter could easily be used for any system, its focus is on presenting the mystery, the locations and the people over 20 pages; I actually think it could be run as either a fantasy game or a contemporary one. The NPCs are humans, and while the adventure needs actual magic, it doesn’t need high fantasy tropes.

The adventure is set around a castle and an abbey. If you can wrangle those two things, you can run the game.

What you do need, and what will make or break the scenario, are players who want to investigate mysteries and do so proactively.

Driven mad by the darkness of winter, the Prioress of the Red Abbey begins her work. After months of research and work in her lab, she found a way to summon beings of light to push back the darkness, if she could control their destructive natures.

It’s that concept that sold Light of Winter to me.

Discovering, in retrospect, that this is a D&D adventure puts a twist on that synopsis because D&D is (generally) set in a world with actual gods that grant real power.

Here we have a Prioress who isn’t turning to her divine power but creatures instead, although you could argue it’s divine magic that lets her do that.

My only concern with Light of Winter is that inexperienced players simply won’t know how to react to the clues, even the deaths, that something else is brewing and will just wait for a dungeon crawl bit to happen or the big nasty monster to attack.

As it happens, that can be a path through Light of Winter, but it is not the path that gets you any value from the carefully constructed NPCs, locations, clues and the mystery.

I don’t know whether the art is commission, stock or a mixture of both (I suspect the mixture), but a Name Your Own Price with this many illustrations is unusual. And welcome.

I’d not had much luck with pre-paying for Itch content recently, took the recommended $2 option for Light of Winter and was immediately impressed.

It’s not just the art; this adventure kit is well presented and easy to follow. Lindsey Bonnette’s done the thinking for you, highlighting the clues your PCs need to spot so you know not to skimp on them and building the framework for the scenario for you.

I think, even at twice the price, this scenario would be value for money. There are details on both the castle and abbey, a dungeon map with description and six new light elemental creatures fully statted.

I got to Light of Winter early, ahead of the expected release of the printer-friendly version, but I don’t think I’d need it. There are 17 pages of game content here, and that’s easily navigatable for me.

I’ve only two suggestions. The first is to include just a paragraph or two of thoughts on adapting it to a contemporary setting, just to see how Lindsey would do it. The second is to more clearly signal the presence of 5e content in the game’s shop page, not that I mind it, but just that I think it might help sell more copies.

As noted, my main concern is that this adventure (as with all mysteries) must be paired with the right group of players.

Overall, though, I’m not only happy with my purchase, I’m reasonably impressed.

D&D and Darkness: A review of Light of Winter 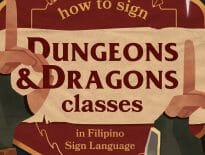 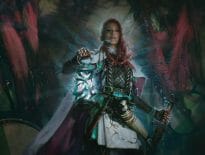 Art Talented illustrator Yonjae Choi has their Magic: …
wpDiscuzComment Author Info
Manage Cookie Consent
This site uses cookies 🍪, and links are ads that may earn bloggers some money 💰, and with this alert, I very much hope that these dark truths 🧌 are acknowledged.
Manage options Manage services Manage vendors Read more about these purposes
Preferences
{title} {title} {title}
Loading Comments...