RPG, board games, comic books and other creators are hearing the breaking news that Kickstarter is getting into blockchain and reacting badly. Some are saying they’ll never work with the crowdfunding platform again.

In a post called The Future of Crowdfunding Creative Projects Kickstarter announces their commitment to a more open, collaborative and decentralised future.

How? They’ll be doing this on a public blockchain, with a project called Kickstarter PBC to create a decentralised version of the crowdfunding site’s core functionality. It’s something competitors can, and are welcome to, use to develop rival Kickstarters.

They’ll be using a technology partner called Celo to do this, a company that’s earned backing from prominent venture capital firms. Celo is carbon negative, but only through carbon offsetting.

A blockchain is a collection of ledgers all linked together through cryptography, time records and transaction data. The idea is that there’s no one thing to hack, to a single source of truth, but a universal and omnipresent source of truth. If one ledger is wrong, all the others are right, and the whole system knows it.

In response, Jay Dragon, the designer of Wanderhome of Possum Creek Games, tweeted that they might not be able to justify running Kickstarters anymore.

Gamedev and author Alex Zandra said she was angry and heartbroken.

The award-winning game designer Jeeyon Shim was also heartbroken, adding they wanted the platform to reconsider for environmental reasons.

Comic book creator and writer Dave Cook announced he would leave Kickstarter and encouraged people to email in protests.

Luis Silva, the founder of Creatively Queer Press, announced the company would not use Kickstarter if the environment was harmed.

Abbadon, of the RPG Lancer and ICON, will also leave the platform if the project goes ahead.

The creators are concerned that blockchain is essentially synonymous with cryptocurrencies. The technology is undoubtedly essential to the success and continued use of cryptocurrencies and NFTs.

In turn, the concern with cryptocurrencies is the data mining they encourage. The system rewards people with units of value for solving maths, which means that computers work hot, hard, and wastefully burn through energy to harm the environment. There are also concerns about the lack of regulation, accountability and transparency with crypto.

If a Kickstarter owes you your money back, how can a platform ensure that happens if the transaction was done in a cryptocurrency?

Equally, NFT is a technology that proves that a digital thing is an original thing, thus assigning some value. With NFTs, it is possible to register digital art and sell it, but that’s not always done fairly and with the creator in mind, creating a backlash there.

Celo, Kickstarter’s blockchain solution, is all about cryptocurrencies with a crypto wallet as its headline item on their ecosystem page. The goal of the platform is to build a financial system, says the company’s about page.

Kickstarter, which is a Public Benefit Corporation, has said nothing about cryptocurrencies. And perhaps they should have had. 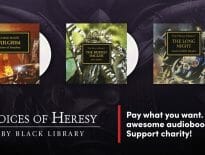 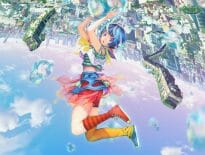