Girls’ Frontline’s latest trailer says two things; a premiere in Japan in 2022 and a global release. That suggests the show is coming to the West, but we’re yet to determine which streaming platform has picked it up.

The original series is a Sunborn Network smartphone game. It’s a bit grim, with the weird juxtaposition of the female-form androids’ costumes.

Set in the near future, we’ve had more than one apocalyptic level drama war and disease, so there are very few actual people left. There are, however, human-seeming androids.

We use these androids for war, for labour and for everything. We need the T-Dolls.

Notably, the trailer, which is now unlisted but still live on YouTube, is from Warner Bros, suggesting a non-trivial pick-up.

Girls’ Frontline to premiere January 2022, but who’s picked it up? 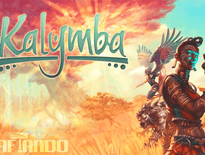 Tabletop & RPGs Inspired by the myths and cultures of Africa: Kaly… 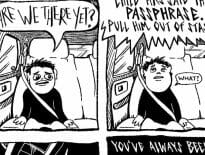 Comics Are we there yet?
wpDiscuzComment Author Info
Manage Cookie Consent
This site uses cookies 🍪, and links are ads that may earn bloggers some money 💰, and with this alert, I very much hope that these dark truths 🧌 are acknowledged.
Manage options Manage services Manage vendors Read more about these purposes
Preferences
{title} {title} {title}
Loading Comments...