Richard Davis’ Random Insult Generator is a free download from the DMsGuild. It’s not a Name Your Price download; it’s straight-up free, which is a plus.

However, there are some negative signs.

“Random” is misspelt on the cover page. Radom. I’m terrible at spelling and great at forgiving when I see typos and misspellings elsewhere. I genuinely believe an occasional error does absolutely no damage to the utility or vibe of material. Others disagree.

It’s a surprise, though. This is a high profile location for a typo, and I toyed with the idea that “Radom” was a deliberate pun. “Rad-ical” in nature, but it’s spelt “Random” everywhere else.

What we get in the main content are two 1d20 tables; one for nouns and one for adjectives. That’s how the generator works; one randomly selected adjective followed by one 1d20 selected noun.

That gives us barbs and come-backs as;

It’s all safe and appropriate for young ears, although we might not hurry to instil the crushing sense of political failure and corruption the world suffers from at too young an age.

For that matter, I’m not too sure about using “Houseplant” as a pejorative either.

So, while the Random Insult Generator works and is effective, I don’t think it’ll impress you.

Should you grab it? The worse thing that happens is that the Explorer’s Guild Publishing company turns out to be overeager when it comes to emailing publishers. I think there’s a low risk.

I think the most likely outcome is that you’ll see what Richard Davis has done here, take about three seconds to say “I see how this works”, and take it from there. And, after all, it is free.

However, you might be better off with something like the Explorer’s Guild’s Critical Hit and Fumble Charts which is 11 pages long, a Pay What You Want so you can go low and still support the publisher and which has 4/5 review stars after two ratings; one 5/5 and one 3/5. 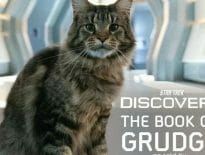 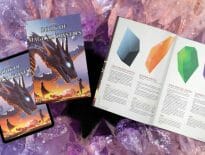 Tabletop & RPGs Book of Magical Crystals offers up a free preview …
wpDiscuzComment Author Info
Manage Cookie Consent
This site uses cookies 🍪, and links are ads that may earn bloggers some money 💰, and with this alert, I very much hope that these dark truths 🧌 are acknowledged.
Manage options Manage services Manage vendors Read more about these purposes
Preferences
{title} {title} {title}
Loading Comments...