You are here: Home / Games / Tabletop & RPGs / Book of Magical Crystals offers up a free preview and Kickstarter for 120+ more of the 5e goodies

Writer and mapmaker the Edinburgh-based Laura McLaughlin of Table Top Productions is running a Kickstarter for a fully illustrated book of 120+ magic crystals.

The book is designed for D&D’s 5e players, with crystals designed to help DMs out by being both interesting and suitable for as many campaign settings as possible. The crowdfunding project needs £6,000 raised before the end of January and is nearly halfway there after a few days. You can check out more details or simply join in from the pledge page.

Magical crystals in 5e tend to bestow powers on players and NPCs, and that’s certainly what these do. They’re themed, illustrated so you can show players what they’ve just found in the treasure cave and written up.

The free preview via DropBox shows a bit of the introduction, talking about application and attunement before showcasing the likes of the Time Dilation Crystal, which can slow tempo and the Breathe Fire Crystal, which grants the backdraft call ability.

Stretch goals add to the book, and if Laura raises £9,000 then the Crystal Enchanter class is added. These stretch goals seem to kick in before the main campaign goal is met and act as something of a countdown of milestones.

All the crystals you’ll find in this book will have exciting flavour of their own, which will set them apart from the limited selection of existing magical crystals and the large selection of magic items already out there!

Backers who pledge £15 or more will get a digital copy of the book and all the digital stretch goals. If you’re in financial hardship, then there’s a cheaper tier that offers the same and, unusually in my experience watching such Kickstarters, this “thrifty” tier is actually outselling the main one.

Then, at the £18 level, an at-cost coupon to get the hardback from DriveThruRPG’s print-on-demand system is added.

There are higher levels, £22 backers get early release content, £27 tier backers get their name in the book but space is limited, and then at £65, you’ll get a signed copy sent to you and not have to pay shipping costs.

The top tier, £75, is selling well, and that also includes a signed copy and the chance to design a crystal and get a “Creative Backer” mention. 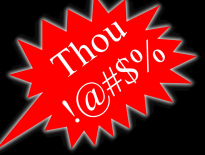 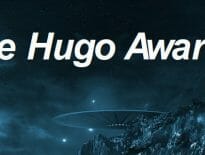