You are here: Home / TV / Anime / Brains and brawn: How a Realist Hero Rebuilt the Kingdom ups the tension with the season 2 trailer

How a Realist Hero Rebuilt the Kingdom is an iseaki anime in which our hero is transported from our world into a fantasy one. Rather than becoming a likely or unlikely champion of might and magic there, he becomes an administrator and is engaged to be married.

Our Realist shows far more faith in steering committees than I would expect and puts one together for the good of the kingdom.

In the latest trailer, we don’t get too much of that group of intellectuals. Instead, we can sense the tension, even without subtitles. There’s tension, a tour of the pretty female characters and the occasional dragon.

Season one is out on Funimation and J-Novel Club has the manga in ComiXology.

Season two isn’t far off and will start in Japan on the 8th.

Also, and perhaps of note for anime fans, Crunchyroll has announced the 2022 Anime Awards and Judges where, if you squint, you can see this blogger mentioned.

Brains and brawn: How a Realist Hero Rebuilt the Kingdom ups the tension with the season 2 trailer 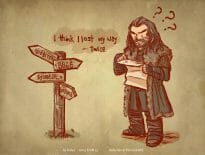 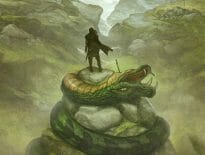 Tabletop & RPGs The best selling historical RPGs of 2021
wpDiscuzComment Author Info
Manage Cookie Consent
This site uses cookies 🍪, and links are ads that may earn bloggers some money 💰, and with this alert, I very much hope that these dark truths 🧌 are acknowledged.
Manage options Manage services Manage vendors Read more about these purposes
Preferences
{title} {title} {title}
Loading Comments...