You are here: Home / TV / Anime / Rule-breaking Attack on Titan special episodes to ahead of the final season

The Attack on Titan Final Season part 2 kicks off on Funimation and Crunchyroll on the 9th.

Before that, though, in an unexpected and something of a “rule” breaking move, the platforms will stream eight special episodes.

Why rule-breaking? The set was previously released as OAD episodes, Original Anime Disc, typically reserved as special exclusives for die-hard fans who bought the optical media.

These episodes have never been on a streaming platform before. Although, yes, it’s not unheard of for OAD specials to wind up being streamed eventually.

Each stream is 23-minutes long and fills in the gap between the first three seasons and the time jump to the fourth.

We’ll see Hange try and capture a Titan alive for the first time, Commander Pyxis’ mediation skills and see what happens when thieves get hold of Omni-directional mobility gear.

In No Regrets, we find out how Captain Levi becomes humanity’s most powerful soldier and then in Lost Girls follow Annie Leonheart and then Mikasa. 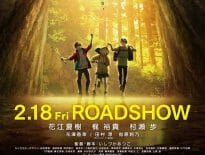