Pyromaniac Press and Perth, Australia-based Micah Watt have a 10-page free download of Skyriders on DriveThruRPG.

The free sample supports the Kickstarter campaign for Skyriders, which is looking to raise AU$6,000 and fund a 5e supplement for flying mounts. At the time of writing, about half that money has been raised. You can join in from the project page.

Ride your own dragon as your sweep in to save the kingdom? Dive down from the clouds on your Pegasus to battle the Kraken? That’s Skyrider’s vision.

The toolkit offers customisable mounts which level up as your character does. These mounts also gain abilities as they increase, so they’ll remain relevant to the game, to your character and part of the adventure.

Skyriders, if successful, will also introduce the Skyrider class to 5e along with six archetypes for it.

The Arcanist – a wizard that can enlarge and empower their familiar companion.
The Cavalier – a mounted warrior of sublime skill that girds themselves and their mount in protective armour.
The Necrolyte– an adept that wields necromantic powers and raises their mount companion from the dead to take to the skies once more.
The Scout – nimble and agile as the mounts they ride, scouts range far and fast, revelling in the freedom of flight.
The Steel Talon – extraordinary arcane mechanists, the steel talons create flying constructs outfitted as their creator desires.
The Warleader – a marshal and natural leader, inspiring and supporting their flight wing with presence and panache.

The supplement will also contain rules for creating your own archetypes with D&D’s core classes in mind.

Simple and advanced rules are offered, along with new equipment, armour, weapons and magic items such enchanted saddles and dragon-slaying lances.

To counter the flying mounts, Skyriders also give DMs new monsters and adventure hooks along with an introductory adventure.

A pledge of AU$25 (about £14) rewards backers with a PDF copy of the Skyrider PDF and stretch goals.

At AU$45, backers also get a voucher for a premium hardcover of the Skyriders supplement, and shipping costs are extra.

There are four add-on adventures to accompany Skyriders, and backers at AU$90 level have those added to the previous rewards as PDFs.

A limited “work with Pyromaniac Press” tier is also available.

The PDF is expected out as early as January 2022, as the book is pretty much done, with the hardcover and above tiers slated for June. 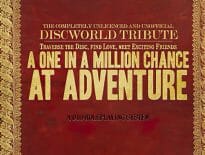 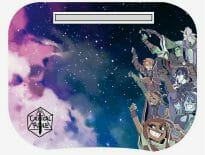