Helming the Britain and Ireland expansion is The Enemy Within’s Graeme Davis. Backers are reassured they’ll get an alpha version of the PDF before Christmas, and that’s even before the Kickstarter ends. The project asked for SEK100,000 and smashed that within hours, Vaesen is as successful as Free League has expected. You can check out the spinning pledge counter or join from the project page.

Not to rush you, but there’s a pledge within 24 hours (it launched today), and you’ll get a bonus art print.

The art, as always, looks terrific with Johan Egerkrans in the lead. The maps are by the cartographer Francesca Baerald and artist Anton Vitus providing.

There are two books in the campaign, not one for Britain and another for Ireland, as those two islands are covered in one guide. The second book is a campaign called Seasons of Mystery which has four adventures.

The core book has information about the games’ British Society, that organisation with headquarters, founders and people of note.

There’s a gazetteer for the urban horror of London and other locations, such as the mythological sites that dot the land.

Leave the Mythic North and set sail for the mist shrouded isles of Mythic Britain & Ireland. Explore the fog shrouded streets of London, discover the secrets of Rose House and the British Society. Discover the islands and walk the moors in search of long lost tales and ancient remnants.

A pledge of SEK298 (about £25 or $34) gets you both books in PDF and the digital stretch goals for Mythic Britain & Ireland. Alternatively, you can collect the Seasons of Mystery’s printed and PDF versions.

At SEK348 (about £29), you get the core Mythic Britain & Ireland printed and in PDF, with physical and digital stretch goals.

Both books are promised to backers who find SEK598 (£50), both come with PDFs.

If you don’t have a copy of Vaesen, the evil temptation is SEK 898 (£75) to get the printed core rules and Mythic Britain & Ireland, with the others in PDF. 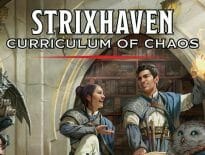 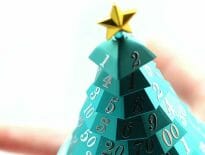