You are here: Home / Games / Tabletop & RPGs / Things That Go Squeak in the Night: A TTRPG about mice heroes fighting supernatural horrors

Gallant Knight Games are coordinating a Kickstarter for Jim Davies’ tabletop RPG Things That Go Squeak in the Night. It launched yesterday, has hit goals already, and so we’ll get a game in which characters are brave mice locked in a struggle against the supernatural.

The campaign will deliver a 5.5×8.5″ softcover, about 100 pages in it and with black-and-white art from Nicolas Giacondino. You can read more about it or join the project on the pitch page.

As a hero mouse, you will save human children from evil fae and dark demons, but you’ll have to do it in secret.

The world of Squeak is a contemporary setting of mice and other animals living in functioning societies hidden from humanity. Animals have no technology of their own, and Councilmice do their jobs with cast-off human artifacts, as well as magical objects enchanted by bird wizards. The world involves spooky horror but also the charm of toothpick swords, tiny demons that eat happiness, pigeon wizards, unhelpful squirrels, vampire rats, ghosts trapped in acorns, borrowing stolen cell phones from technology-obsessed raccoons, riding around the city on pigeons, and portals to the faerie realm. The themes of the game are simple heroism and charming, cute animals.

The RPG’s system fits on the character sheet. Roll d6 if you’re trying to do something challenging, count 5 and 6s and trade these for Perks.

Backers supporting the campaign with pledges of $10 get the PDF edition of Things That Go Squeak in the Night.

Those who step up to $15 will get a DriveThruRPG print-on-demand code added, leaving them with the at-cost printing and shipping to pay.

The softcover that the Kickstarter campaign seeks to fund is offered to backers at the $25 level. It comes with a PDF.

Fulfilment is a rolling ball; PDF is slated for March 2022, the print-on-demand option for April 2022 and the offset print in May.

Things That Go Squeak in the Night: A TTRPG about mice heroes fighting supernatural horrors 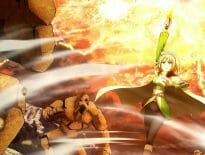 Anime In the Land of Leadale is coming to Crunchyroll 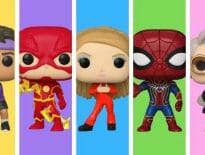