Paizo teamed up with Italian publisher Giochi Uniti for Pathfinder Arena. It was announced before the lockdowns and is finally on Kickstarter, but it has already crossed the funding goal, so we’re already into the last phase.

Gamers with early access to the board game seem to agree on two things; it keeps the character stat building of RPGs, and the sliding puzzle of the Arena is a big part. In this game, the Arena is a magical monster. You can find out more, watch the numbers or back via the pitch page.

It’s a 2 to 4 player game, and I have to wonder whether they tried to make it a solo as well. Perhaps a future supplement?

In the game, the contestants go head-to-head and are the heroes of the Pathfinder Age of Lost Omens setting. The dreadful monsters are part of the ever-changing challenge, and gory points can also be earned by using them against other players.

As you’d expect, the heroes are very different, with asymmetric abilities and decks of their own. The game will be very different depending on who you play.

Pathfinder Arena has a free download of the rules of the game (PDF). You can get a good idea of it before backing.

There’s no shortage of game videos either, and here’s an hour-long The Dice Tower playthrough.

Heroes level up during the game by picking up tokens in the Arena to enhance their abilities and access to their deck. The cards’ drafting and the choice of which ability prioritize develop different strategies in the Arena and make each hero unique.

Stepping up to €140 adds three expansions; Heroes, Monsters and Trap Tiles. As before, applicable stretch goals are included, but shipping is not.

The final tier is €165 that adds the Dragon Expansion and the Age of Ashes Expansion.

There are add-ons to buy, and these are another way to get the expansions.

Stretch goals add minis such as dragons, other monsters and heroes, additional cards and tokens.

The expected fulfilment for the project is November 2022. 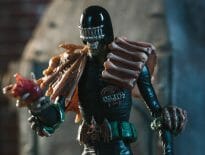 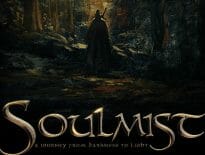