Infinite Black’s latest dice Kickstarter is pulling in the backers. No shortage of us appreciate the tabletop RPG mashup with retro video game content, and that is what is on offer.

The campaign has attracted an impressive $150,000+ in backing, but there’s a little more to go. The ambition here requires some $195,000 to fund. Let’s not count chickens, but I don’t think Infinite Black are worried…

You can see what I mean by checking out the project page.

On offer are sets of retro-themed dice but also pins, patches and other merch.

The company’s last crowdfunder was Vast Grimm, a MORG BORG in space that ran on GameFound, but Infinite Black has plenty of Kickstarter successes.

Previously on Kickstarter, the company has run three Elder Dice campaigns with a Lovecraftian mythos theme attracting 6,200+, 9,300+ and 7,200+ backers each.

1UP-Dice takes that retro feel of our favorite console games and merges it with vibrant, sparkly polyhedral dice. Now YOU can bring the attitude of those games to your rolls in any tabletop game you play. This new line of dice has been designed around nine symbols, with the symbol replacing the highest value on each die. With 1UP-Dice, each set of polyhedral dice will have eleven dice total (two d20s, one d12, one d10, one d%, one d8, four d6, and one d4).

One set of 1UP-dice is included for backers at $27. That means an 11-piece dice set, the magnetic cartridge box that could be used as a dice tray, the app, a mini adventure in PDF and matching stretch goals.

As you’d expect, the lion share of backers has gone here. It is possible to pledge higher and get rewarded with more.

Two 1UP sets are given to backers at the $52 tier, a slight discount, and you get two boxes, two mini-adventures but no duplicate app.

Shipping is expected at the very end of 2022, and it supports international. 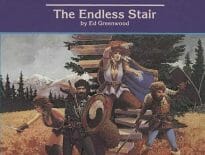 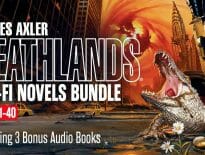