You are here: Home / Books / A look inside: Star Trek – The Original Series – A Celebration

Star Trek – The Original Series: A Celebration is a hardcover from Hero Collector that’s been out since late September. As a result, Amazon has a pretty impressive collection of preview images.

But, Geek Native has some more to share, including three pages on Walter Koenig as the young ensign Chekov. He uses a plastic supermarket bag as a metaphor for his life before Star Trek.

The book was released to mark the 55th anniversary of Star Trek: The Original Series with authors Ben Robinson and Ian Spelling at the helm. It’s actually the second from Hero Collector in the Celebration series, with Robinson’s Voyager book the first. The second books in a series of collectables are good, as they suggest the first one did well enough.

And Star Trek – The Original Series: A Celebration does feel like a collectable, or at least, for collectors and fans. Regular readers will know I use the coffee table and friends visiting test often. Is this a book you’d leave out to distract people or offer them while coffee brews?

This 55th-anniversary book has never-before-seen photographs and sketches, new interviews with cast and crew, as well as chapters on visuals, props, direction and even casting.

The two authors know their star beans. Ian Spelling interviewed Gene Roddenberry back in the 80s and for a college newspaper. He then wrote for Starlog, other official magazines and has twice been in the actual TV show! Yep, as a Drayan soldier and as a Bajoran.

Ben Robinson was the Star Trek Fact Files launch editor, edited the US Star Trek: The Magazine, and has co-written two Haynes Manuals.

A look inside: Star Trek – The Original Series – A Celebration 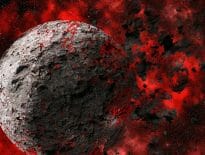 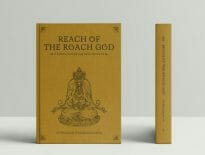