The 2021 Q3 The Orr Report is out. That’s the Roll20 stats on what games are being played on the virtual tabletop platform.

Call of Cthulhu, which has been riding high but doesn’t lend itself to very long term campaigns, is down 5%, but still the second most popular game.

Pathfinder, D&D 3.5, and Warhammer games are also down slightly.

Star Wars has fallen out of the top places. Oh dear, D&D 5e is hugely popular.

In percentage terms, Vampire: The Masquerade 5th Edition, under the stewardship of Renegade Games Studios, has seen an incredible boom. It’s a breakout of 500% growth.

The World of Darkness, which excludes Vampire in this context, is up 550%.

In the Orr system, games can go up and down at the same time. They can be played more, like WOD, but take up a smaller slice of the overall chart, like WOD.

Roll20 highlight Tormenta, the Brazilian RPG, is still growing and up 45%. Equally, Modiphius’ 2d20 is called out at one that might break into the top 10.

The report comes out just ahead of Roll20Con and an expected flurry of announcements. 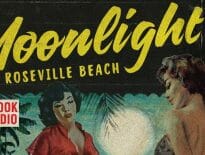 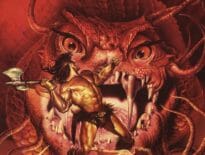