You are here: Home / Games / Tabletop & RPGs / Steve Jackson Games has the complete GURPS Conan RPG range back in print

The solo adventure based in Robert E. Howard’s Hyborian Age GURPS Conan: Moon of Blood is now out in print.

With its release, it means the complete 3rd edition GURPS range of Conan is back on paper.

Conan: Moon of Blood has stats of the barbarian at 40, rules for designing your own hero and maps. The rule engine is the Generic Universal RolePlaying System.

The core Conan expansion is GURPS Conan, which returned to print last year using scans of the original. As a reprint from scans, there will be some imperfections compared to a fully digital release, but you do get the book. GURPS Magic (3e) is also recommended.

The other supplements in the range are;

The range is on Amazon (US) and also available via Steve Jackson Games’ own on-demand service. 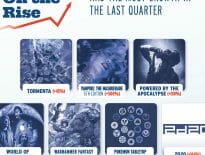 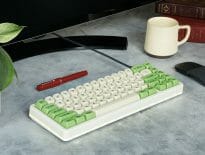