You are here: Home / TV / Anime / Bloody anti-maskers: A review of The Deer King

The Deer King is an anime in which a virus outbreak in one land prevents a rival nation from invading it entirely.

As the plague recedes, that rival army begins to march and – predictably – the plague returns. It has everything, a search for a vaccine, people refusing to wear masks, concerns over how the disease is spread, politics and bravery.

It was also delayed by the real-life plague, finished with remote working but, director Masashi Ando says none of the script was changed to align with COVID-19. The Deer King predicted it all.

The Deer King’s Look and Feel

We start off in a dark place and dive straight into heavy topics, including child harm.

On the scale of anime, The Deer King is hardly a shocker, is only rated 12 but still might disturb. It’s also beautiful.

The two rival nations, two distinct nations, both feel different, and both feel like us. You’ll recognise aspects and attitudes from both sides with your own local culture. I’m sure, and I’m sure because it’s no accident. These two warring nations have been expertly crafted.

Except, it’s not right to call them two warring nations. The war is over, one has won, and the other conquered.

The Deer King, under the cloak of Black Wolf Fever, explores the cultural transformation and survival of one nation as it capitulates to another.

And so, there are at least three ways to enjoy the Deer King, and the look and feel of the anime depend on the level you pick.

You can mix and match your immersion elements as much as you want. I started on the supernatural mystery, wondering whether the visuals of the Black Wolf Fever arriving was a metaphor or not and then quickly got into the guerilla action. It took me a while to clue into the politics and culture.

Who or what is The Deer King?

It’s a while into the anime before the issue of who or what The Deer King is tackled, although it’s foreshadowed.

After all, the plague is called the Black Wolf Fever, and the gorgeous anime happily includes deer-like creatures as a central focus right from the outset.

In short, the Deer King is a title that relates to some of the fighters in the war.

The word “King” is important, given the context of rival nations and of the plague. As real-life has shown us, personal responsibility during a contagious outbreak is essential. It’s not always easy to be the King-of-yourself and make responsible decisions. Denial is sometimes easier.

On the surface, though, it gives us a hard-as-nails and yet strangely vulnerable central character. I’m both surprised and impressed at how well it works. Our hero is a fighter. He’ll kick-ass, for all the good it’ll do him.

The Deer King was the last anime I watched in a week-long festival of anime. It was the eighth film I’d seen that weekend, I think, and it still held my attention. I think that speaks volumes.

I did see better films at that same festival, though; feature-lengths that got to the point even more boldly or took even more outlandishly successful twists.

Overall, I’m sure The Deer King will do well. I suspect it’ll do better and better over time as well. It has a timeless feel and strikes me as a feature-length people will circle back to and re-watch or bring up against in conversation.

Bloody anti-maskers: A review of The Deer King 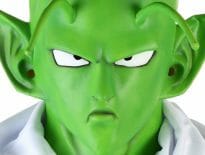 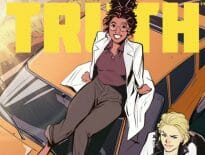