You are here: Home / Geek Stuff / Rollercoaster: A review of A Thing Called Truth

My relationship with Doctor Magdalene Traumer has been a bit of a rollercoaster.

When we’re adequately introduced, after the mad antics of the opening scene has driven past, she’s a hard-working doctor. I dig that. She’s so devoted to her work that she’s not even been home.

For a start, the excellent Doctor finds time to go home. She’s nearly finished her grand project. However, today’s a bit different, and Magdalene gets home.

Then, disappointment. Magdalene can’t find the energy to do an unpleasant but necessary task. She can’t or won’t sign some legal papers, doesn’t even try, and while that doesn’t harm her, it could be a severe mental health blow to another family.

So, that’s a downer. Perhaps Traumer is so engrossed in her work because she’s hiding from this paperwork. That takes the shine off the initial good impression. Maybe she’s wrestling with significant mental hardship of her own. Who am I to judge?

An introduction to A Thing Called Truth

I won’t go any further to avoid spoilers, except the rollercoaster continues, and there are only 22-pages in issue one of A Thing Called Truth.

Author Iolanda Zanfardino squeezes a lot into this opening issue. It’s a pleasant squeeze, a bit like picking up a lovely bit of fruit and knowing now is the perfect time to devour it.

Artist Elisa Romboli brings everything to life amazingly. The same ups and downs of energy in the characters and plot are expertly channelled in the illustrations.

The comic will be published by Image – Shadowline and you can pre-order it now. ComiXology tags it with; Action/Adventure, Comedy and LGBTQ.

If my introduction makes the Comedy and Adventure claims seem unlikely, then fear not. The actual introduction to A Thing Called Truth absolutely confirms it.

A workaholic scientist who wants to save the world and a woman who fears nothing but discovering her own destiny find themselves mixed up in a chaotic, on-the-road adventure through Europe.

Will they manage to find a middle ground between their opposing ways of life—at least for long enough to complete their mission? And could this trip lead to an unexpected romance?

It’s rated 12+, so not that chaotic and a tad less spicey than Zanfardino and Romboli’s Alice in Leatherland.

I suspect a twist or two and not just in the plot. There may well be some serious points being made here. If not, then, well, I’m doing my usual thing of overthinking and might require being kidnapped from the keyboard and re-introduced to real-life.

A jolly good romp, in either case.

My copy of A Thing Called Truth was provided for review. The comic is available on 3 November 2021.

Rollercoaster: A review of A Thing Called Truth 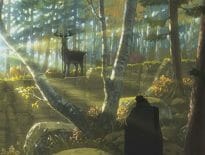 Anime Bloody anti-maskers: A review of The Deer King 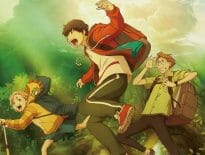