All 135 pages of Hyper Light Drifter: Basic Rules are free to download from DriveThruRPG.

Explore at your table a beautiful, vast, and ruined world riddled with unknown dangers and lost technologies. Brought to life in beautiful pixel art, delve into the officially licensed Hyper Light Drifter tabletop rpg, based on the indie smash-hit video game created by Alx Preston and published by Heart Machine.

The indie computer game, rated Very Positive at Steam, isn’t free but can be downloaded for £14.99.

Drifter, as the game is known for short, uses a unique system, is rules-light and easy to learn. It’s not a recreation of the computer game, which has its own open-ended storyline, but one in which you are outside the safety of the sanctuaries as a raven wielder, hound warrior or racoon versifier.

It’s expected that pre-made character sheets will be added later or made available separately, as they are being worked on. 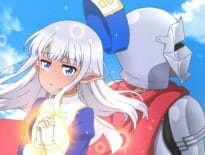 Anime Knights and dragons: This Healer’s a Handful… 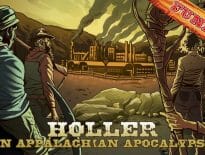