You are here: Home / Games / Tabletop & RPGs / Holler: An Appalachian apocalypse for Savage Worlds from poet and professor Tim Earley

Pinnacle Entertainment announced this fascinating Savage Worlds setting about a year ago, and now Tim Earley’s Holler is finally on Kickstarter.

It’s an Appalachian apocalypse of rebellion, gothic horror, and fairy tales in which land barons rule the working classes.

The resistance must build a coalition to bring together the few groups of people who defy the abyss. Humble workers, mountain men, grannies, cultists and even creatures of myth are all needed. Failure means being driven from Holler.

No one is coming to save the people of Holler. They’ve got to take matters into their own hard-worked hands. It’ll take miners, granny women, gougers, moonshiners, bluegrass pickers, and holy rollers willing to fight and die to protect their culture, customs, and families. Folks who have the bravery to stare straight into the abyss and spit in its eye.

The setting draws on and is inspired by Appalachian myths, folklore and culture. The result is a dark fantasy world of vengeance for Savage Worlds.

You will need a separate copy of Savage Worlds. You can’t secure one via pledge or add-on, either.

A pledge of $35 is enough for the core rule book and Archetype Cards in PDF. Backers who find $60, with shopping added later, will get hardback and paper cards added.

There’s a load more added at $75, such as GM screen inserts, maps, flat minis and an action deck all in PDF.

The Holler Boxed Set is at $125 with a $175 to add printed maps in. This means, should it unlock, the special edition needs to be added separately.

Fulfilment is slated for January 2022 for the digital and June for the print.

Holler: An Appalachian apocalypse for Savage Worlds from poet and professor Tim Earley 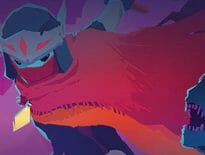 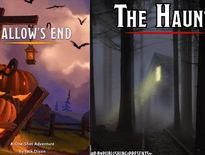