You are here: Home / TV / Anime / Summer Time Rendering is a suspense anime with the talents of Attack on Titan scribe

Yasuki Tanaka’s Summer Time Rendering manga is has been turned into an anime with the script helmed by Attack on Titan’s (and Jujutsu Kaisen and Mob Psycho 100) Hiroshi Seko.

It’s due to premiere next year.

The director is Space Brothers and Children of the Sea’s Ayumu Watanabe, while the character design is by Angels of Death’s Miki Matsumoto. Quite the talent pool.

Shueisha publishes the manga, and they provide this synopsis;

Upon hearing of Ushio’s death, Shinpei returns to his hometown of Wakayama City on Hitogashima and reunites with his childhood friend’s family. The funeral goes smoothly, but under the surface something strange is brewing on the island. What mysteries await him on this secluded summer island? 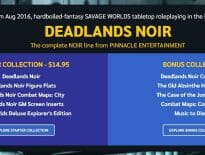 Tabletop & RPGs Back from the dead: Deadlands Noir bundle 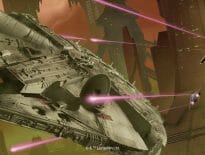