You are here: Home / TV / Anime / Psychedelic vs mundane: A review of Mob Psycho 100

The blu-ray of Mob Psycho 100 hit Amazon UK this week. Mob Psycho 100 is the other series from ONE the creator of the incredibly popular One-Punch Man so let’s take a look.

I couldn’t shake the feeling of deja vu at all while watching Mob Psycho 100 although the sense got weaker as the episodes progressed. I’ve not seen much on One-Punch Man, so that was unlikely to be the cause. Perhaps I’d caught a lengthy trailer back in 2015 when Mob Psycho 100 first appeared (it takes years for the blu-ray to reach the UK, of course). I think, however, it was the strange battle between psychedelic weirdness which feels unique to Mob and very familiar tropes that could have come pre-packed from any other action anime that kept me honestly confused as to whether I had seen this before.

Let’s talk about the psychedelic delights first. I don’t think there is a colour that the animators of Mob Psycho 100 forgot about in season one. We’ve bright pink, purple, black and white scenes and monsters with red dimples. There’s even a flashing countdown to action.

The action countdown is where the ‘100’ in Mob Psycho 100 comes into play. Mob is a person, not a group of people, and most of the time he belongs to the series’ other camp, not psychedelic, but mundane, except when his stress counter hits 100, and he goes — well, psycho. This number is his limit break when he can’t obey his rule of not using power against people and unleashes his fury.

That action countdown climbs towards 100 fairly often as Mob lives in a world with pesky spirits, school gangs, a brother in trouble and his pesky mentor Reigen Arataka.

I’m not a fan of Reigen. He’s a charlatan. Reigen pretends to be a psychic for a living and fleeces people for cash. In the rare event of actually stumbling across a real ghost, he calls Mob over to deal with the situation. Reigen acts as a mentor to the young Mob who, weirdly, listens to him.

The key is in the name. The nickname ‘Mob’ literarily translates as ‘background character’ once you work it through the Japanese. Despite the fact that Mob has so much power he is nothing more than a blank canvas for others to draw on. The anime is a struggle between potential and inertia.

The contrast is Reigen, the fake, the mentor. Reigen has no power but he all the drive, charisma and he makes things happen.

The plot is similar. ONE’s humour tends towards the unexpected understatement in contrast to a whirl of chaotic action. I’m reminded of crazy Japanese game shows that have incredible build-ups and drama only for the contestant to fall off the log. As a result, I was easily able to watch back to back episodes of Mob Psycho 100 until I hit my limit. Then I needed to take a long break before going back to them.

Overall I enjoyed Mob Psycho 100, but it wasn’t as unusual as I thought. The animation style, sometimes more Sunday newspaper cartoonish than anime, was the longest lasting ‘this is weird’ effect. The plot settled down and became very familiar pretty quickly but that also helped but some stability in the weird cast and their antics. I can see why it was popular. I can also see why season two hasn’t been rushed out.

My copy of Mob Psycho 100 was provided for review.

Psychedelic vs mundane: A review of Mob Psycho 100 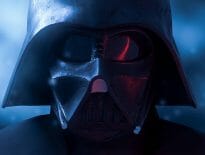 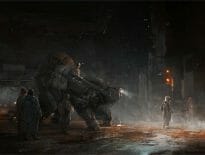 Tabletop & RPGs Memories as mechanics: Nibiru RPG persuades Kickst…
💰 Copper Coins 💰 Geek Native is an affiliate and may earn commission on purchases you make from third-party sites.
🍪 Privacy & Cookies 🍪 The site uses cookies to survive. By accessing the site, you agree to use your browser to control cookie use or take 1d4-3 privacy damage (tracking). If you defeat cookies via ad blocking, please consider the Patreon. An intro to cookies, and how to control them, can be found here. I Manage Cookies