Aniplex is getting into collectable card games with accompanying anime. Amazingly, the giant has waited this long. It’s a bit like Sony only now giving smartphones a shot.

Teaming up with Liden Films, Build Divide kicks off short in Japan, and Crunchyroll will keep pace, streaming the series in the West. Yep, there are still youngsters in the video, but sunny skies, pals and smiling critters are in short supply in the final trailer.

Set in New Kyto, the contestants play the game to see who’ll become the new governing lord. Our hero is one a gaggle of friends who can summon guards to do battle.

The merch arm will come to life with supernatural ease shortly. Right now, I can’t see where to buy the cards outside Japan, and Aniplex will likely test the waters there first. In at the deep end. You can see some of the designs, though.

In the meantime, while merch is still getting sorted, there’s a few probably dodgy ways to buy into the franchise, such as Redbubble posters. I’d wait, though, and play it safe.

Aniplex knows they can’t play it too safe. They need to show they’re here for the long run and are advertising season 2 in the same trailer for the kick-off of season 1. 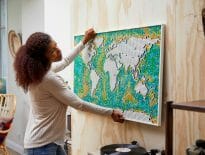 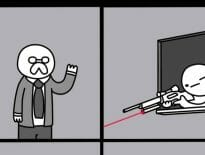 Comics Why do assassins travel with cats?
wpDiscuzComment Author Info
Manage Cookie Consent
This site uses cookies 🍪, and links are ads that may earn bloggers some money 💰, and with this alert, I very much hope that these dark truths 🧌 are acknowledged.
Manage options Manage services Manage vendors Read more about these purposes
Preferences
{title} {title} {title}
Loading Comments...