The company has had a great year. Howitt’s Honey Heist seems to be the basis of dozens of one-page RPGs, the company merged in UFO Press and won many awards at the 2021 ENnies. Heart: The City Beneath, in particular, has been doing well.

Rowan, Rook and Decard have the Kickstarter alert page in place but are still firming up the details. We’re told there will be a special edition of the game, and it’ll be very special. The launch is expected in November.

The British RPG publisher has confirmed they’re working with Kieron and illustrator Stephanie Hans, who’ll pen more works for the game. They describe the comic;

…a group of broken, desperate people are sucked into a magical fantasy kingdom after playing a roleplaying game and we get to watch them work through their emotional and physical trauma – and have a bunch of beautifully-illustrated fights, as well.

The series is on comiXology and that mentions Gillen’s name for the comics; “Goth Jumanji”.

THE WICKED + THE DIVINE writer KIERON GILLEN teams up with artist supernova STEPHANIE HANS (THE WICKED + THE DIVINE 1831, Journey Into Mystery) for her first ongoing comic! DIE is a pitch-black fantasy where a group of forty-something adults have to deal with the returning unearthly horror they barely survived as teenage role-players. If Kieron’s in a rush, he describes it as “Goth Jumanji.” That only captures a sliver of what you’ll find in oversized debut issue—where fantasy gets all too real.

If November feels like too far away, there’s already a beta version that you can download for free. 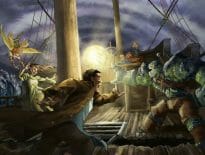 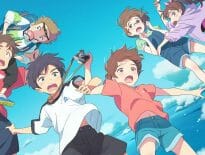