The Blade Runner TTRPG will be set in 2037, with the core rules picking up just as the Wallace Corporation debuts the Nexus-9 Replicants on Earth. PCs can be either human or Replicant Blade Runners.

It is important for us to fully capture the Blade Runner experience and themes from all perspectives – even the cit,. One of the most fascinating characterizations in Blade Runner is Los Angeles itself, and we want LA to act and react differently based upon your character, specialties, and agenda. Yet regardless of what you are, you’re always a Blade Runner first and foremost – the ultimate outsider who must walk alone in a complex city and system where everyone could be a threat and no choice is without its compromises or consequences.”

Expansions for the game are already planned and the game will evolve to include more scenarios and possibilities than retiring Replicants.

Joe LeFavi of Genuine Entertainment, who will be providing writing for the game, helped broker the deal and is the producer on Nightdive Studios’ Blade Runner: Enhanced Edition video game and the art book The Art and Soul of Blade Runner 2049.

Genuine Entertainment is a growing force behind the scenes, working with Dune, Altered Carbon and The Dragon Prince RPGs.

The site lists the Blade Runner RPG as due in 2022. 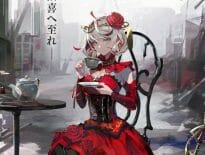 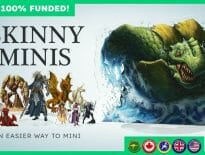