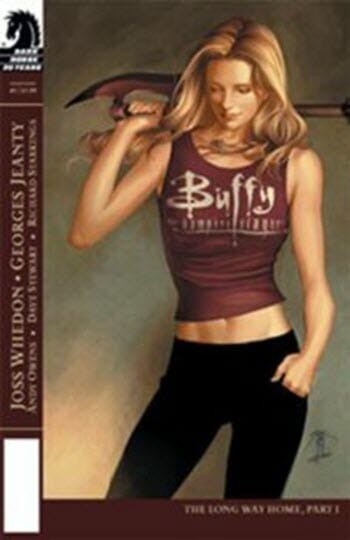 Comic Con saw not only the limited release of Buffy the Vampire Slayer soda but also season 8.

Just to explain; season 8 picks off where TV season 7 finishes but as a comic. In fact, you can get the motion adapted comic from iTunes. The pricing isn’t too bad; $1.99 each, or $29.99 for a season pass. I’m just counting the days until Android pads and a vibrant Android comic book marketplace. I bet we can look towards a Sony – Google tie up for that one; much as they will work together on Google TV.

Later on you’ll be able to get the first 19 episodes bundled together on a DVD. That’s due out in January 2011. It’s not clear whether those DVDs will make it out of the United States.

You’ll also remember just how many Slayers there were at the end of season 7. You can well expect the season 8 baddies to be tough as nails. Xander, Willow and some of the usual faces are also back and in full force. There should be just about enough here for the Buffy die hards. Probably.

The gang at Dark Horse are the folks behind the steering wheel on this one. They’re not doing stupid things with the license. 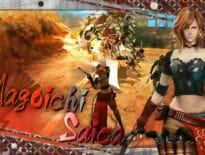