Funimation and CapCom have got their hands on (some of) the Sengoku Basara license. The anime is coming out on blu-ray on October 12 and so is the computer game. In Europe the computer game will be out just a few days later.

The problem here is that Funimation doens’t appear to have the anime license for Europe. Not even English speaking United Kingdom.

If you’re not in the States (perhaps Canadians will get lucky) then you’ll encounter the dreaded geo-tarding on the anime trailer.

However, you can still watch this – Sengoku Basara Samurai Heroes. This is the trailer for the computer game and you can see it looks to be very silly indeed. It’ll be out on the PlayStation 3 and the Wii.

If one of the voice sound familiar then that mght be Johnny Yong Bosch. He voicers Ichigo in the official English dub of Bleach.

I’ve left a comment moping about the lack of UK preview. I doubt Funimation can do anything about it. 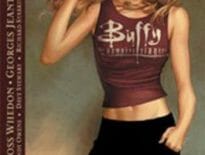