Dragori Games’ Kickstarter for the 5e adventure and supplement raced to and smashed through a million dollars on Kickstarter, despite a busy week and Avatar Legends, the most successful RPG Kickstarter of all time, still being live.

So, what’s the secret with Tanares? In part, it’s the superstar talent on the project; Forgotten Realms’ creator Ed Greenwood, D&D designer Skip Williams, tabletop megastar Amy Vorpahl. There are more names associated with the campaign, and one of them is Bruce Nesmith who gets second mention. More on Nesmith in a bit, but first you can check out the Tanares pitch on Kickstarter.

My hot take is that video pitch is more like one for a board game, perhaps even a computer game, than the typical D&D 5e setting. It’s okay to disagree.

The company coordinating all this, Dragori Games, is a tabletop games maker, though. Their background is with miniatures and board games.

The second name mentioned on the hall of famous contributors, Bruce Nesmith was design director at Bethesda Games Studios for Skyrim, Fallout and Oblivion. Nesmith has TTRPG experience, too, also having been the creative director at TSR (1).

It’s not the headline feature for Tanares, but it is designed with PvP and solo play built-in.

There’s been a boom in solo play RPGs during the lockdown, with various “engines” or systems suggesting ways that a single person can conjure up uncertainty and surprise as they control a character in an adventure while also writing that adventure. It’s not for everyone, but it is possible.

PvP, player versus player, isn’t new to D&D either, as in-character conflict certainly happens. It’s rare for a setting to say, “Hey, we’ll have your characters fight!” though.

In these aspects, Tanares is a rare and unusual 5e setting and pitch. Put the A-list talent aside, it’s still a rare and audacious proposition.

By my reckoning, Tanares is the most successful solo RPG on Kickstarter of all time. The game leans heavily into its board game origins and draws on computer game talent. It’s just not primarily a solo RPG.

In other regards, Tanares offers up the usual “I need this!” elements that brings D&D backers on board. There are new monsters, VTT support, classes and rules.

To get one of the digital books from the project (and there are three to pick from), a pledge of $25 is required.

A hardcover of either Tanares Campaign Sourcebook, the Player’s Guide to Tanares or Adventure in the Realms of Madness unlocks at $50.

A pledge of $69 results in all three of the core PDFs, with VTT tokens and maps, a host of sheets, maps and stretch goals coming your way as a reward. That’s a significant economy of scale.

The same triple-combo for hardbacks requires a pledge of $129, and, at the time of writing, more than 1,600 backers have taken that option.

The minis, and just the minis, cost $179 and have more backers. However, the “super kit”, which combines both minis and rules, is a reward tier set at $249, and that’s had nearly twice as many backers still.

You can checkout a generous 38-page free to download Tanares 5e preview (PDF link) without spending a penny, first.

There are other pledge levels and most are estimated for delivery this coming April. 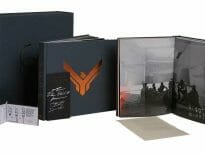 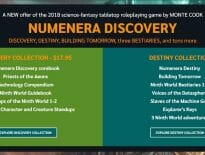