You are here: Home / Games / Tabletop & RPGs / A billion years in the future and for the first time: Numenera Discovery in a Bundle of Holding

Monte Cook Games’ RPG Numenera is set a billion years in the future, and it’s never been in the Bundle of Holding before.

Today that changes as the deal site brings the 2018 update and expansion of the sci-fantasy discovery game to the public. The deal will run until Monday, the 27th of September.

Until then, you can grab the impressive offer from the Bundle of Holding.

This tier includes the core rules and downloads worth $75 at retail.

This tier’s cost changes as people meet or fall short of the threshold price, as it changes to match. The starting cost is $34.95, and for that, it adds a further $164 worth of value.

A slice of the cash raised in this deal goes to support the charity Direct Relief.

A billion years in the future and for the first time: Numenera Discovery in a Bundle of Holding 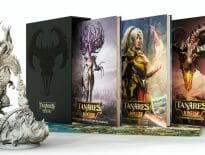 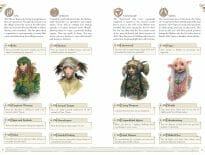