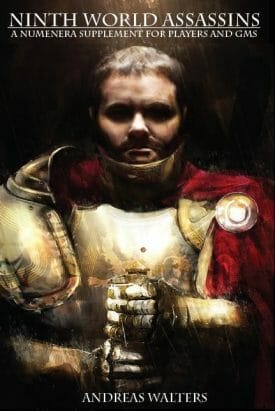 If you have a problem… if no one else can help… and if you can find them… maybe you can hire… a Ninth World Assassin.

While Numenera sets a stage for adventure in the far flung future, after the rise and fall of nine great civilisations, certain things remain the same – like the shadowy types of the criminal underworld. People still beg, burgle and steal, taking or demanding what they want by force of pity, crowbar or outright brutality. With rich nobles, powerful organisations, and desperate people with a few shins to spare, those with the stomach for cold-blooded and pre-meditated murder also have a role to play.

Ninth World Assassins: A Numenera Supplement for Players and GMs provides a wealth of detail on the business of assassins and assassination in the far future.

Form
Ninth World Assassins: A Numenera Supplement for Players and GMs is a 103-page PDF supplement (also available in softcover) for Numenera, written by Andreas Walters, published under the banner of Knowledge in the Ninth World. Written for the Cypher system, some aspects of this supplement might also suit use with The Strange.

The supplement follows a single column format, with a patterned background for the page. The book contains a scattering of both coloured and black-and-white art. Comments – like notes, GM Intrusions and Story Hooks – appear occasionally in boxes at the bottom of the page. Format-wise, these sidebar seem a little squash and compressed – they could have done with more room to breathe.

The supplement contains bookmarking and a few internal hyperlinks – though linking is not universal. For example, the random tables for cyphers, poisons and artefacts lack links to their descriptive entries. This isn’t a major issue, just a stumbling block in easing electronic access to the content.

Features
After a brief introduction, that notes the key fact that assassins vary greatly in type and approach, though obviously not in their core purpose, An Assassin’s World considers their background, outlook and client motives. The section includes a general discussion about why an assassin has chosen that path – with a basis for advancement like the standard character types – and how clients might seek out their assistance. Herein also lies the first bit of crunch, which deals with negotiating the Cost to Kill for a contract.

The next section, Character Options, offers ten new Descriptors and five new Foci. The Descriptors certainly set the stage for some interesting character potential, including Blind, Drunk and Notorious. Each comes in the same format as those presented in the core books.

While Numenera eschews the busy of precise balance, I’m not 100% certain all those Descriptors offered necessarily carry the same weight in positives and negatives. The whole business of game balance is, like I say, not something that weighs heavy in the text of the game, but some GMs or players might find issue here and want to make minor tweaks.

The next section deals with Foci, and kicks off – quite rightly – with a note that your character doesn’t have to choose some who ‘Murders’. The Foci really gives you the opportunity to cast a interesting definition upon your methods. Your Foci says something about you, like a calling card.

The section lists five new Foci – Conducts Covert Affairs, Crafts Powerful Poisons, Dances in Shadow, Studies Anatomy and Steals Faces. All of them have potential for use with any of the existing Types. Reading through, they do experience a little odd overlap in places – like a second Tier power for Conducts Covert Affairs that deals with anatomy and a second Tier power of Studies Anatomy that deals with safely extracting venom. Overall, they do add some interesting potential for expanding the seamier side of your Numenera game. You might want to dip into the core book and Numenera Character Options when kitting out your assassins, because Needs No Weapons and Throws with Deadly Accuracy will probably come in handy.

Next come Tools of the Trade, as what would an assassin be without a few fiendish gadgets and deadly poisons. The section breaks down into Equipment, Poisons and Traps, with a table of costs followed by definitions of each.

The Poisons section spends four pages explaining how to acquire, concoct, enhance and delivery viable venoms and toxin. It also presents a list of beast-sourced poisons, with a reference to potency and where you can find the beast – whether corebook and The Ninth World Bestiary.

Munane Poisons lists toxin in a format similar to that used in the core books for Cyphers. Each has a Level, the means to counter (e.g. Intellect Defense), delivery method and Effect. A sidebar offers advice on creating your own poisons using the same format, with suggestions on possible effects.

Cypher Poisons venture into the weird, with stranger substances and concoctions. Why not use a poison that erodes the effects of gravity on the target or subjects them to a sudden assault by their own shadows? If you don’t feel enough weird going on, a Random Poison Effects table can further complicate the targets life.

The next section will likely get interest from a broader range of players (as well as the GM), as it covers Traps. After briefly discovering creating, setting and discovery, the supplement presents a similar breakdown to the last section – with Mundane and Cypher variations.

The Numenera section offers ten new Artefacts and thirty-four Oddities, to complement the Cyphers presented in the previous section. All of them have a theme around shadows, poisons and similar facets of assassin-assisting functionality. As with earlier sections, many of these will find a general use, as items helpful in killing people invariably have a more general value in causing harm, obscuring activities, and engineering access to secure places.

The Cypher system awards experience to characters for discovery over combat, but you can use the accumulated points for all sorts of things. XP Options offers up some interesting alternatives to increasing attribute pools or raising skills. You can spend points on getting access to or advancing with a Guild, or engineer improvements to your base of operations. You apply what you learn to getting on and stepping up in the Ninth World.

The Organizations & Guilds section covers the mechanics making use of groups. While you can use XP to join and advance within their ranks, using the networks and services they offers necessitates using your influence and reputation versus differing Difficulty Levels. So, you might make use of a Fence in the employ of the Guild, or take advantage of a local Safe House – but success depends very much on who and what you know.

The section offers seven sample organisations and groups suitable for dropping straight into your Numenera game, varying from aggressive tree-huggers to a group vehemently opposed to the ongoing existence of artificially intelligent machines.

Characters & Creatures runs quite short as a section and strays furthest away from the subject matter. The section includes two creatures – killers, driven by base hungers for flesh or power – and three personalities – a fallen noble, a would-be deity, and a creature trapped somewhere between The Incredible Hulk and Pikachu, with a dash of Doctor Jekyll and Mr Hyde. None are assassins per se, though they might have cause to seek one out or, perhaps, accidentally kill a potential mark before you have time to close the contract.

Finally, Adventure Seeds provides fourteen brief hooks to either engage characters as hired killers, or pit the characters against someone likely to engage an assassin. Running to a few short sentences, each offers just a kernel of creativity. You might expand one of these to a full adventure, or spin it into an encounter. A couple of the adventures makes reference to creatures from The Ninth World Bestiary, so your mileage may vary in using these ideas.

Final Thoughts
Ninth World Assassins: A Numenera Supplement for Players and GMs will ultimately appeal to different groups, in different ways. If you’re a group unlikely to cross swords with the criminal underworld or find yourself target of a hit, then you’ll still likely find some interesting crunch amongst the Foci, Descriptors and other generic components.

If, on the other hand, your a GM looking to challenge your group or a team of ne’er-do-wells wanting to play a campaign in the grey middle ground between good and evil, you’ll find plenty to pick through here. It might be overkill for a GM who just wants a plain old assassin, but everyone has friends – or at least colleagues – and the people who put down an assassin can soon find themselves on the most wanted list of the local Guild.

Published before Numenera Character Options, Ninth World Assassins manages to gather together Foci and Descriptors that haven’t been immediately superseded or overlapped by ‘official’ content. Weighing up content to outlay, there’s plenty of material here, even if you only end up using some of it or use it as a catalyst for your own creations.

Based on a copy received for review. Ninth World Assassins, Andreas Walters, Ninth Realm Publishing, $5 for PDF, $8 or more for softcover. 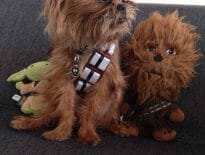 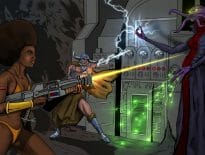