Jeran Jenks attracted nearly 100 backers to a Kickstarter campaign for a 5e setting some 1,500 years after a cataclysmic disaster.

I didn’t back; I remember it because it looked like a good idea, but the Kickstarter had some issues. In a new post, Jeran acknowledges this;

The Kickstarter didn’t fund, but that wasn’t the setting’s fault: it was mine. Just a bunch of rookie mistakes. It was a trial by fire, and now I know how to do it right! And one of the ways I’m doing things right this time is by actually promoting the Kickstarter before it goes live.

Well, because that original Kickstarter looked good, I noticed Jeran’s post and here we are talking about the Tales from the Toxic Seas before launch.

So what is the Toxic Seas? Well, it’s a campaign setting for DnD5e. Set nearly 1500 years after an apocalypse, the world is now covered in a toxic green mist; even breathing a mouthful of the stuff can kill you! The people who survived the initial rise of the mist did so by fleeing to high ground, and now the only habitable land is on the peaks of mountains.

1500 years is a long time, and the world has adapted. A religion called the Church of the Sacred Mist claims that the mist is divine wrath, and a group called the Balloon Corp has discovered a way to create ships that float across the mist as if it were water, connecting the world after its millennium of isolation.

There’s a reason to get involved now. Jeran Jenks will be sending three free one-shot adventures. The first is out, the second comes out today, and the third in two weeks. 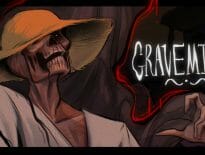