Vax’ildan and Vex’ahlia, Critical Role characters by Liam O’Brien and Laura Bailey, are two memorable characters. I don’t want to call them “fan favourites” as every one of the PCs seems to be a fan favourite, or single them out, but they’re absolutely two this blogger encounters in conversation, cosplay and fan sites often!

Now the collectables company, Sideshow, is making them the heralds of Vox Machina in their range, as the two characters from that series to first appear in their Critical Role collection.

Expected to ship around May, but on-pre-order now for $195, Vax will be about 30cm high, 23cm wide and 27cm deep. That might challenge some bookshelves but probably not ones bought to safely home dozens of hardback 5e books.

The half-elf rogue is shown with Deathwalker’s Ward wings around him in a shield as Whisper, and the Flame dagger is drawn. If you look closely, you can see the Poison dagger on his hip.

Responsible for bringing the statue to like and potential pledges to the Matron of Ravens are the sculptor Ryan Peterson, designers Rachael Roubicek and Matt Molen and the painter Casey Love.

Also slated for around May 2022, also $195, and on pre-order, Vex is expected to be about 30cm high, 30cm wide and 23cm deep. That’s a little different from the Vax statue, but the pose is very different.

This half-elf ranger is shown here with the famous longbow Fenthras rising into position, and an arrow nocked.

The same team, Peterson, Roubicek, Molen and Love, are responsible for bringing Vex to life in 3D.

Notably, Sideshow says that both Vax and Vex are limited editions, but they have not yet given us an idea of how limited. Sometimes pre-orders sell out, but Sideshow may be waiting to see what demand is like.

Vax and Vex aren’t the only Critical Role characters with statues incoming. The Mighty Nein’s Fjord and Beau, who also had Molen and Roubicek work on them, are due sometime between December and February. 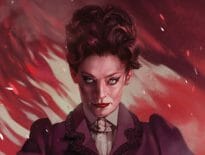 Geek Stuff Imagine I said something clever: A review of Docto… 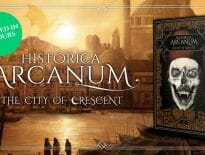