That classically styled and devilishly challenging Cuphead computer game will soon have a dice game.

The Op has announced the 1-4 player, ages 8+ and played in 20-minutes Cuphead Fast Rolling Dice Game.

Yep, you have to battle boss after boss with expertly executed moves, parries and shots. It’s 1930s 2D action in, er, the 3D of dice!

Players take on the mantle of Cuphead, Mugman, Ms. Chalice and Elder Kettle to play simultaneously, rolling personal attack dice and dodging. The bosses come in their own decks so they can be unlocked only when that level begins. Won’t that be a pleasant surprise!

There’s both luck and strategy in the game, says The Op, who notes the importance of finding the right combos even though the game does have Wallop cards to help throw in that extra punch. 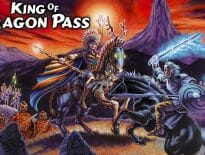 Mobile Half a day to grab The RuneQuest/Glorantha based K… 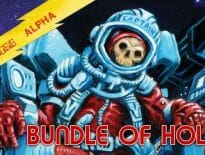